Transnasional is the service brand under the Konsortium Transnasional Berhad, which is one of the biggest public bus operators in Malaysia. Offering a range of busses from standard to premium class, it is among the top 10 bus operators in the country by popularity. Transnasional, which started its services in 2007, is known for its quality of service and value for money. The operator services dozens of routes across Malaysia with over ten pick up and drop off locations conveniently spread across Kuantan which can be reached easily by Rapid buses or taxis.

Boarding Points of Transnasional in Kuantan

The boarding points of Transnasional Kuantan are located close to all the major commercial and residential centers in the city. They are accessible by local shuttle making it easy for both locals and tourists to get to the express buses. Here are the Transnasional bus Kuantan boarding points:

Dropping Points of Transnasional in Kuantan

The dropping points of the Transnasional bus Kuantan are located close to important areas of the city with easy access to the major bus terminals and the Sultan Ahmad Shah Airport. Here are the major dropping points:

Important Routes by Transnasional to and From Kuantan

Kuantan city is located in the middle of the mainland peninsular on the east coast. It is well-connected to the major cities such as Kuala Lumpur and Singapore through expressways serviced by the Transnasional Kuantan routes. There are also a number of routes to other destinations.

Important Locations to visit in Kuantan

Like much of the Malayan Peninsular, Kuantan is blessed with a number of beautiful tourist spots that everyone here should visit. Here are a few of them:

Exploring Malaysia is best done through bus journeys. They are comfortable and affordable and now thanks to redBus, easier than ever to access. Through the redBus app, you will have at your fingertips all the info you need on the Transnasional buses traveling to and from Kuantan. Search for their arrival and departure times, coach type, fare, ratings, and pick a boarding location of your choice to be on your way to your destination in a hassle-free and safe manner.

Q: What is the cost of the bus ticket in Transnasional to Kuantan?
A: In the upper boxes you can see the price of the most popular bus tickets to and from Kuantan, but if you don't find your desired boarding or landing point you just have to use our search engine to obtain more information.
Q: How can I buy my tickets to or from Kuantan with the company Transnasional in redBus?
A: The process is very simple. You just have to go to the search bar and type Kuantan in the source or destination box, then select your travel date and click on the search button. redBus will show you different options for travelling, you just have to choose the bus operator of your choice, the most convenient schedule and buy!
Q: I forgot to buy my return ticket to Kuantan, can i buy it later?
A: Of course. You can buy on our website or app your return ticket at the time you want, usually up to 4 hours before your bus leaves. We recommend buying them a few days in advance and thus take advantage of our offers and promotions.
Q: Do I need to pick up my ticket once I have bought it through the mobile app of redBus?
A: It's not necessary. When buying with redBus, a digital ticket will arrive in your inbox. On the day of your trip, go to the terminal and look for the counter of the bus operator, present the e-ticket and the company will give you another.
Q: How many hours in advance should I be in the agency or terminal to change my e-ticket?
A: It is recommendable to be 1 hour before at the counter to be able to change the e-ticket issued by redBus for that of the bus operator.
Q: In case of a problem, how do I contact the customer service department of redBus, Malaysia?
A: If you need help with your purchase or if you have any questions about a particular bus operator or route, you can contact the redBus customer service department in Malaysia by dialling +60330992524 or by sending an email to support@redbus.my.

Mentioned below are some of the boarding points in Kuantan that help commuters to opt for the most convenient location. Please note that these pick-up points vary from one operator to another.

Once you have figured out your bus schedule, book your bus tickets easily with the redBus website or app. The site has been developed to ensure that passengers get their bus tickets booked and confirmed with minimum effort. All you have to do is follow the steps mentioned below:

After this step, you will be taken to a page that displays every bus operator that runs on the route you have requested. You can select a bus based on the bus timings, fares, pick-up and drop-off points, reviews, and more.

Select the seat of your choice by clicking on the “View Seats” button and then click on the “Proceed to Book” tab. You will be taken to the payment page where you can pay for your ticket using one of several banking options such as credit cards, debit cards, FPX, or any other mode that’s available.

WHY BOOK WITH REDBUS 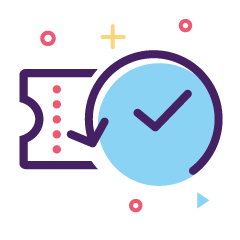 RESCHEDULE TICKETS
What if you are not able to travel as per the plan? Be wise, look for reschedule icon before selecting coach company. 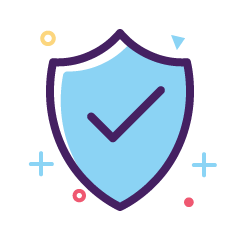 SECURE PAYMENTS
redBus has the highest security standards and keeps your information and purchases completely safe and secure. 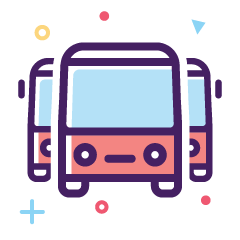